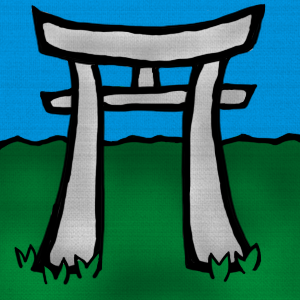 The Incarnation Gate is a curious structure, in that it is the only known means of connecting the lands of the living and the dead. Some say that before all else, the Moe'uhane Itself painstakingly shaped the First Gate, and through this labor created the worlds. Others say that the Gates are the Moe'uhane's mouths, stretching across the realms to sing the Song into every plant, beast, and soul. Yet others say that the Gates are simply doorways that the 'uhane use to pass swiftly from world to world, left ajar for the sake of their brethren the dead and the unborn.

Each world has its own Gate, or more properly, each world must have its own Gate. If the locals are to be believed, the consequences of a world without a Gate are quite unspeakable. Such a place will never acquire life naturally, will never see the wandering and carefree tribes, will never experience the arrival of newborn souls, will never allow passage from other realms; a terrible thought.

Although the construction of a functioning Gate is an arduous task, all 'uhane can learn to carve the sacred patterns. Perhaps the difficulty of this task speaks to the importance of the placement and care of these structures.

It is said that all songs are sacred, as they are part of the Song. As each 'uhane possesses a song, so is each 'uhane sacred and precious. Newcomers to the realms are often frightened and disoriented, and it falls to us to welcome them to their new home. The cynic might protest that a Gate is a nuisance, a source of fools and belligerents, but without them the Song of Songs could not continue. It is best to seek the goodness of a Gate's presence, and deal with its unsavory byproducts as the need arises.

If you listen to a world's song, you will hear it strengthen and grow more vibrant as Gates open across the realm. Truly, the Gate serves as a boon and a protection against any ill that may befall the realms. For worlds are like berries-- they are pleasing to behold, but liable to burst. Thus, the Gates extend the Dreamer's Song from world to world, in a great unbroken tune, bringing bounty and life to every realm.